»»»The State Castle of Třeboň 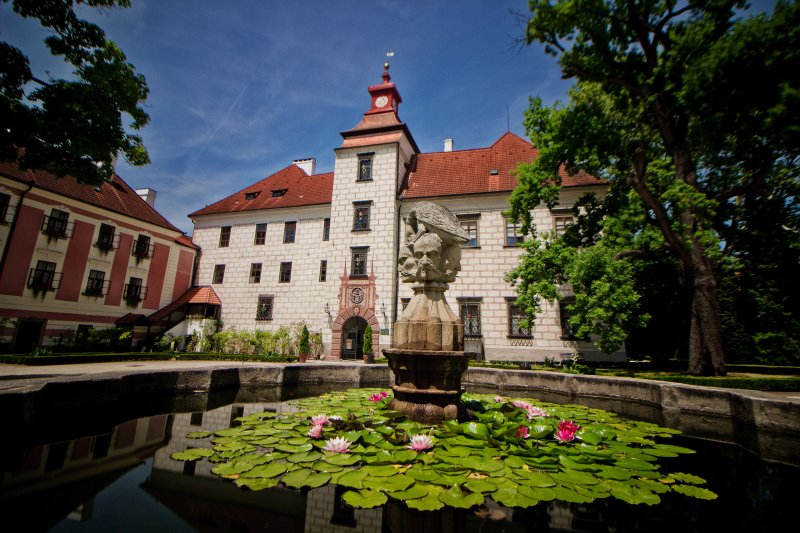 In 1366, the house of Rosenbergs became the owner of the Třeboň dominion. In 1602, Petr Vok of Rosenberg chose Třeboň for his residency. After his death in 1611, the castle was inherited by the Švamberks and in 1660 it passed over to the powerful Schwarzenberg house. In 1958, Třeboň castle, one of the largest castle complexes in the Czech Republic, was declared a national cultural monument.

The State Castle Třeboň, a national cultural monument, is one of the largest castle complexes in the Czech Republic. The present appearance of the chateau is the work of Italian architects Antonio Ericer, Jan Vlach and Domenico Cometta, who were commissioned by Vilém and Petr Vok of Rosenberg to completely rebuild the castle into a chateau in the Italian Renaissance style. Under the last Rosenbergs, Třeboň became a centre of Renaissance culture and learning. It was visited by many famous personalities, especially after 1602, when Petr Vok of Rosenberg moved their family seat here.

At present the castle offers its visitors three guided tours – Rosenberg Renaissance interiors, Private Schwarzenberg suites and the third castle tour takes you in the summer months into the underground fortification system, casemates and bastions, into the horse stable and dog kitchen.

There are many more remarkable places at the great courtyard, such as the Schwarzenberg hall, where weddings, concerts, theatre, dancing and fencing performances take place. A memorial plaque to Johann George de Hamilton, an excellent painter, famous for his oil paintings with hunting themes and perfectly accurate portraits of horses and dogs hangs at the east castle gate. The famous English alchemists John Dee and Edward Kelly, who worked for Vilém of Rosenberg between 1586 and 1589, lived in the east wing next to the gate.

The most beautiful decoration of the great courtyard is the stone fountain. It was made in 1712 after the design of Pavel Ignác Bayer, a master of the Czech Baroque. In guidebooks you can read that it shows the coat of arms from the Schwarzenberg coat of arms, the head of a Turk, whose eyes are being pecked out by a raven. Other sources state that this is an allegory of taming the natural water powers symbolized by a wild bird tying up four locks of hair of the four gargoyles.

Nearby the castle at the upper corner of the square used to be the Břilická Gate. At present there is a small modern fountain in the middle of the space with a park layout as a symbol of cooperation between the two partner towns Třeboň and Schrems. We are going to stop near the house with a plaque commemorating Václav Březan. 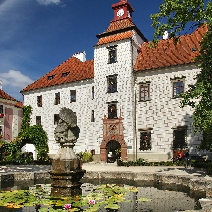 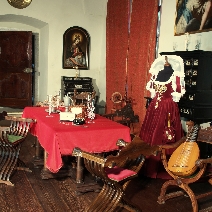 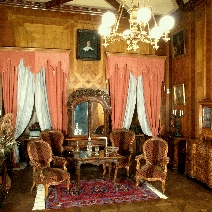 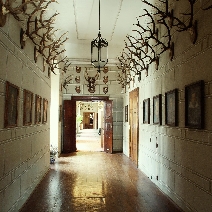 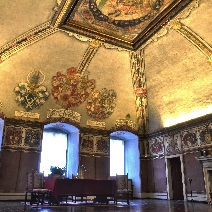 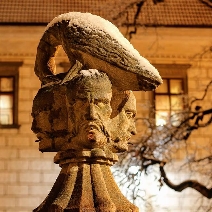