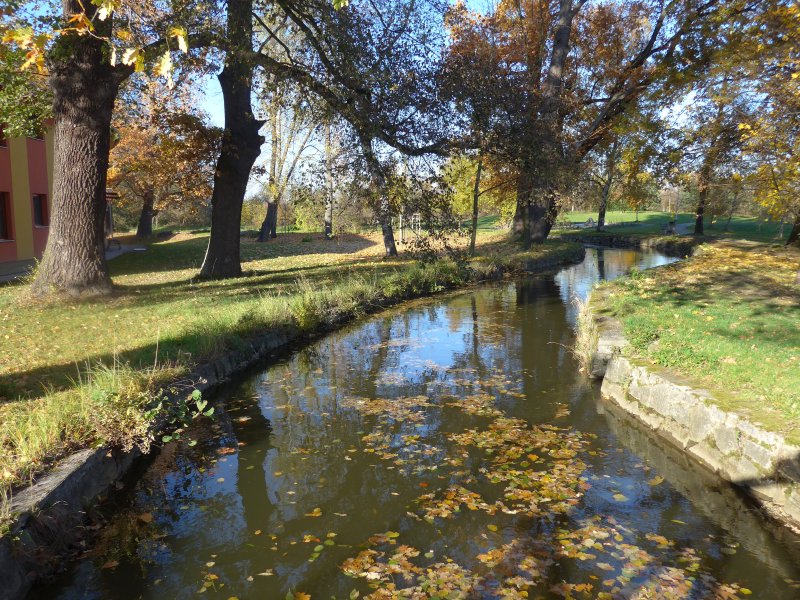 The unique technical water work – Golden Canal – was designed and built in the years 1506–1518 by Štěpánek Netolický and is an essential part of the sophisticated fish pond system.

In the latter half of the 16th century it was partly rebuilt by Jakub Krčín because of the construction of the Svět fish pond.

It got its present name at the beginning of the 17th century, since it brought economic prosperity to the whole region. The overall length of the Golden Canal is 45.2 km, the width is between 2 and 4 m, the depth around 1 m. The average water level slope on 1 km of length is only 28.5 cm. To keep it at the appropriate level, at some parts it was raised by dams above the terrain, at other places it was led in numerous bends.

It served many different functions. Above all, as the artery of the basin, it brought „living”, i.e. oxygenated water from the Lužnice River. It drove mills, sawmills, tanneries and other technical facilities. It supplied the town with water, was used for timber rafting, irrigation, marsh drainage, water diversion from fish ponds at harvests, bringing water to the hatchery and for fishing. It played its role in the defence of the town – it watered the moat. The Golden Canal is also the backbone of a large network of canals. And last, but not least, the Golden Canal saves the fish ponds and settlements during floods. Its importance and economic value can really be weighed in gold. 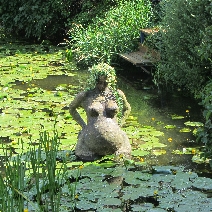 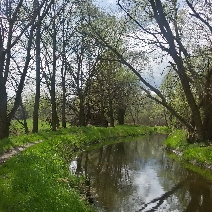 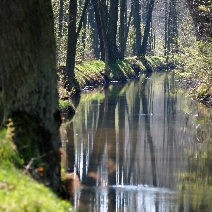 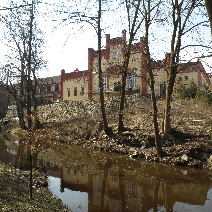 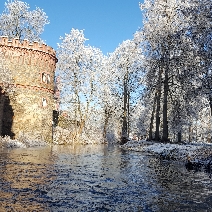 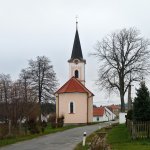