Town first mentioned already in 1279, its development and history was strongly influenced by aristocratic families of Buquoys and Rožmberks. Important sights: The Castle - originally Gothic, with well preserved fortification and moat, the Residence (Buquoys´ family estate), Town-hall, Vault of Buquoy family, Church of St. Peter and Paul, Monastery of Servites.

Border crossing to Austria. Austrian Gmünd mentioned already in 1255. Close to the Town is the Nature park Blockheide (granite rocks with heath), with nature trail and outlook tower.

The village (approx. 80 houses) was created in the 18th century because of peat bog exploitation. Also site of former border crossing. The village was destroyed in the fifties of the 20th century due to the close distance from the border. Today only two buildings remain. Nearby is the Nature reserve Široké blato with pinewoods of Bog pine and valuable peat bog.

Mentioned as border village already in 1179. Annexed to Bohemia in 1920, later destructed when the border zone was formed. The Gothic church and vicarage of St. John Baptist preserved. Along the river Lužnice is Krabonošská niva nature reserve (Alluvial plain Krabonoš).

Here the road passes through the former village of Kunšach that was completely destroyed when the Iron curtain was built. Only ruins from few house bases and wilded fruit trees remain.

First mentioned in 1338. Chapel with Gothic elements and town houses in the centre of the village. To the municipality belong settlements Larger and Smaller London, Ochůzky, Paris and Spáleniště with well preserved, picturesque architecture characteristic for the Southern Suchdol region.

Canyon-like section of the river with typical gill-like character. Today protected as Nature reserve. Bullhead and River Lamprey live in the river.

Village by the river Dračice, former name Františkovo Údolí (František´s dale), valuable from the landscape quality. In the past number of iron-mills were in the vicinity.

Site of former barbed-wire border barriers can still be seen in the landscape. Strip of land between this line and the border line was before 1990 completely closed for citizens of both countries.

Promoted to small town in 1876, surrounded by deep woods. Church of St. Nicolas (founded in 1362), first of two nave churches with single central pole in South Bohemia. Baroque chapel of St. John Nepomucký from 1728. In 1625 smeltery for silver ore was built in Suchdol nad Lužnicí in 1775 changed into glass-works, abolished at the beginning of 20th century.

The village historically belonged to the Vitoraz (Weitra) region (part of Bohemia since 1920), with scattered farmhouses, clearly different from traditionally closed type of Czech villages. The Nature reserve Horní Lužnice in the river valley, protecting part of the naturally meandering river and preserved floodplain.

In the open landscape south of the village are several picturesque farmhouses with small fishponds. In the southeast the Třeboňsko Protected Landscape Area continues into the area of the Lower Austrian Waldviertel. 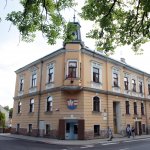 The town on the southern border of Bohemia. 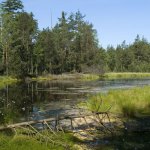 A journey to prehistory 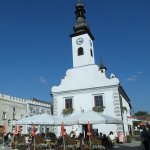 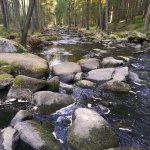 The Dračice Rivulet makes its way by a deep cut through the woody vegetation at the national border in places that have been closed to the ...